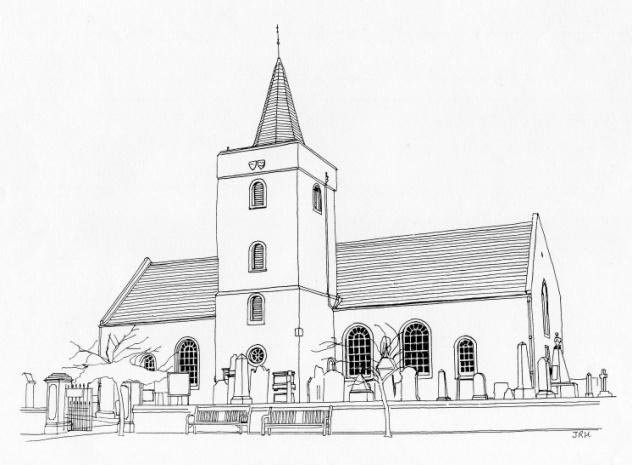 The church stands at the top of the main street of the pretty village of Gifford and is a significant feature of the townscape. The building was probably designed by James Smith, finished 1710 but altered in 1830. A white harled T-plan church with round-headed windows, square tower and slated spire. Weather vane in the form of a heron by William Brown, Edinburgh 1709. Church bell from the old Church of Bothans 1492. Remarkably unspoiled interior with wooden pews and galleries. The canopied pulpit dates from the 17th-century and is fitted with a bracket to hold the baptismal basin. Perhaps the most famous figures connected with the church were James Witherspoon (minister from 1720) and his son, John Witherspoon who became President of Princeton College, New Jersey, and was the only minister to sign the Declaration of Independence. The former’s fine table-slab gravestone is one of many notable 18th century tombstones in the graveyard. 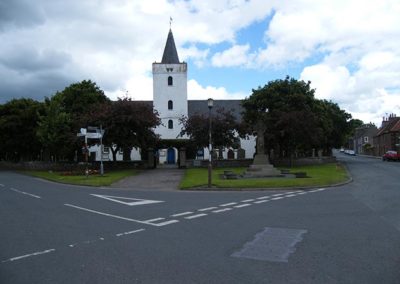 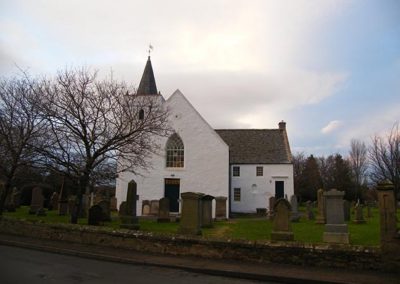 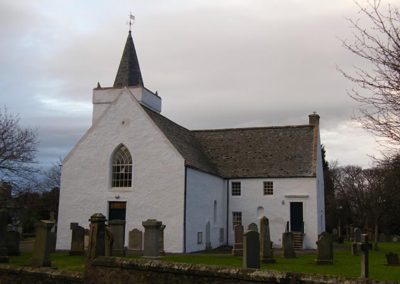 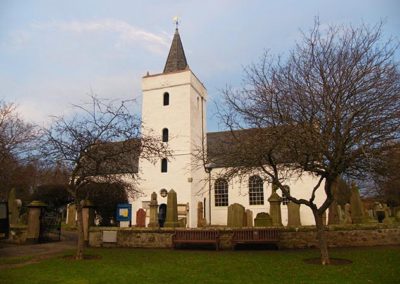 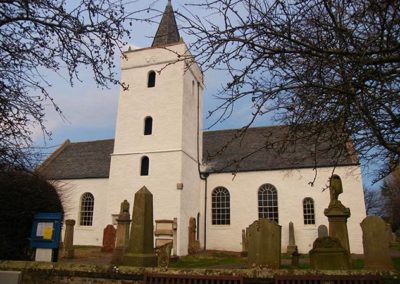 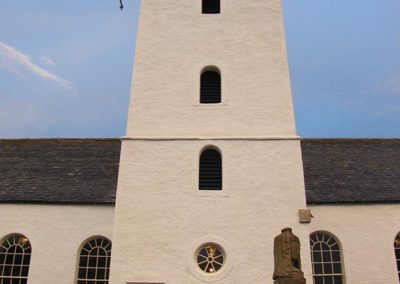 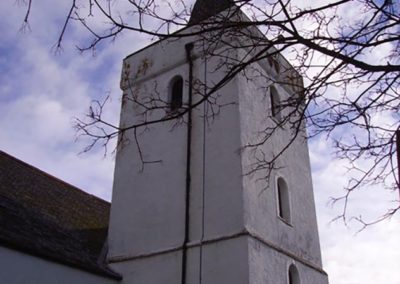 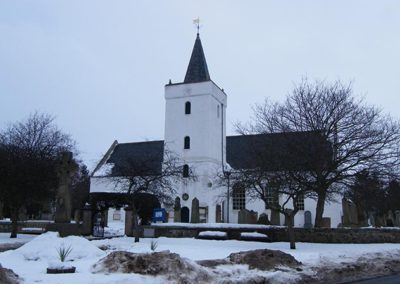 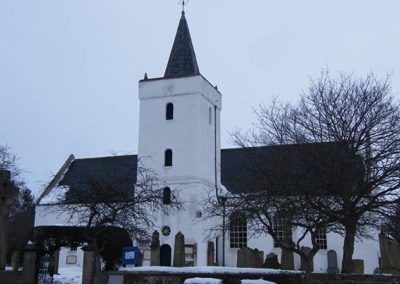 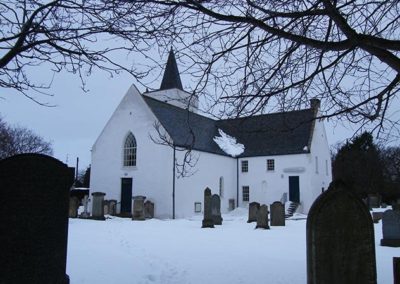