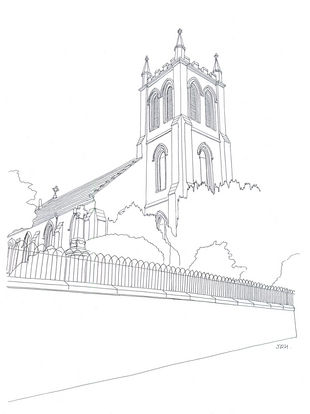 Pleasing Victorian church of 1881 by James Burnet, now fully restored from its former uninhabitable condition; restoration supervised by Richard Jaques of York. A fine organ of like period has been installed. Twelve new stained glass windows showing natural life in the Westerkirk valley, including a window commemorating the Golden Jubilee of 2002 donated by the community. In the graveyard is the Johnson Mausoleum, a classical Greek cross by Robert Adam 1790.