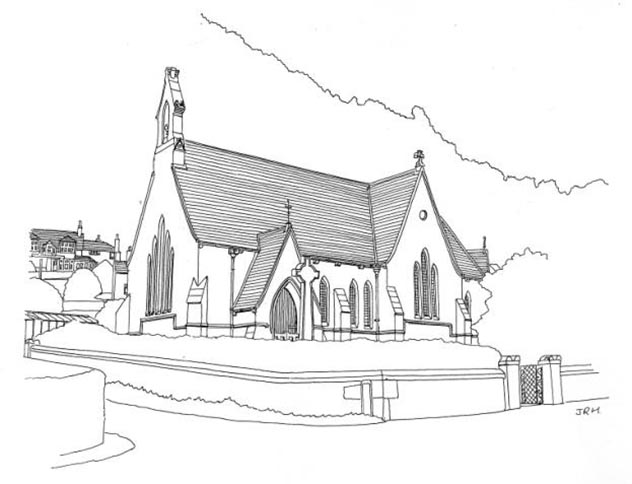 The style of this beautiful stone building indicates its origin as private Episcopal Chapel of St. David, 1878; the ancient former church of Dull and Weem being 3 miles west. Gothic church with short transept and apse, bellcote on the west gable. A small hall, known as the MacDonald Room, was added to the north in 1994, during the construction of which the ancient well of Weem was discovered. The organ was built by J W Walker and Sons of London. 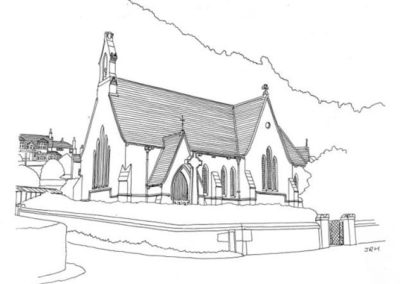