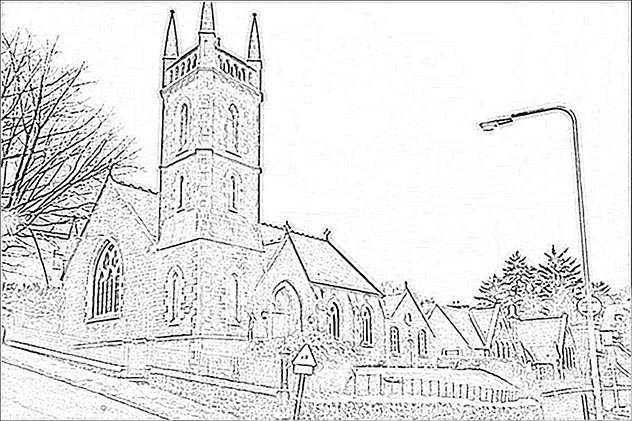 A Telford Parliamentary church built on the site in 1828 was replaced by the present Victorian Gothic building in 1897. The architect was John Robertson of Inverness. The contractor was local builder Donald Fletcher who built many of the larger houses and villas in Tobermory.

The interior is almost unchanged since it was built and has very little in the way of adornment. Many of the items of church furniture were given as memorials, but the most interesting is the lectern. During the Second World War, when Tobermory was a naval base, many officers and men (and women) worshipped here each Sunday, marching up in smart military formation from their ships in the bay. In gratitude for the care they received from the minister of the time, the Rev John Menzies, they gave the lectern – imagine a naval officer reading the lesson and knowing the following Sunday he might be out on the Atlantic avoiding enemy U-boats.

The most recent addition is the fine 4-manual Phoenix digital organ which was installed and dedicated in December 2009.

Open at all times 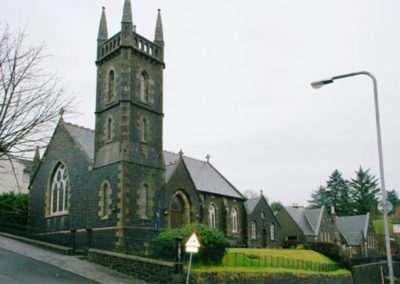 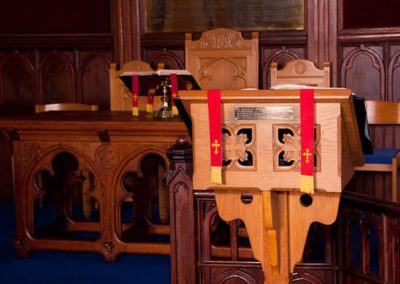 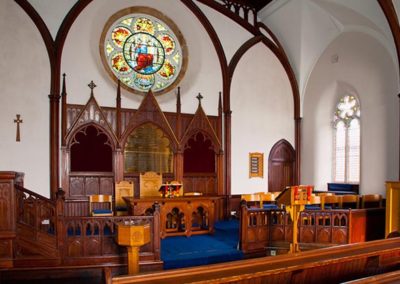 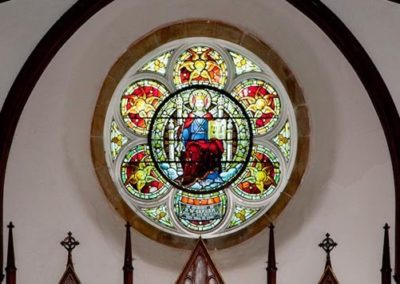 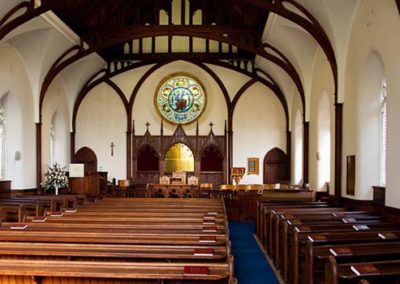