The Auld Kirk of Kilbirnie

Built on the site of a 6th-century cell dedicated to St Brendan of Clonfert, this is a pre-Reformation church with elaborate post-Reformation craftsmanship. First mentioned in 1127 with an almost unbroken list of incumbents since 1361, its glory is the magnificent interior which is crowded with pews and splendid aisles and lofts, all with unique Renaissance-style carving. The bell tower was built in 1470, the Glengarnock Aisle was added in 1597. The Crawford loft was built in 1642 with the armorial bearings added in 1705. This is a most remarkable piece of early 18th century woodwork in a Scottish church. Corinthian columns support a bowed canopy, both embellished with armorial panels. C S S Johnston added the northern extension between 1903 and 1905. In the graveyard is the box-like Crawford tomb of 1592 which contains the recumbent effigies of Thomas Crawford and his wife Janet Kerr.

Open July and August, Tuesday, Wednesday and Thursday 2.00-4.00pm or by arrangement 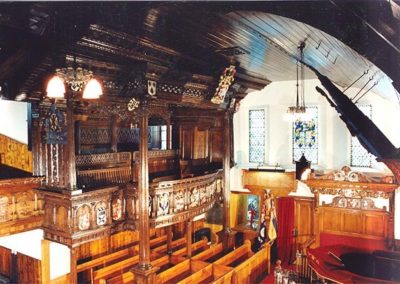 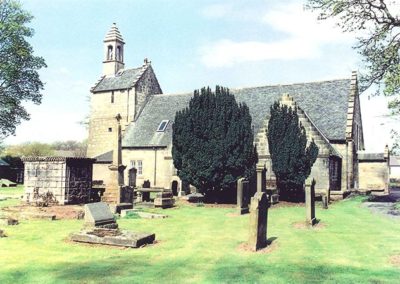 The Auld Kirk of Kilbirnie