There have been at least four churches on this site, the earliest reputed to be one of the oldest churches in Scotland. There is evidence of a second church built around the 12th century. In the 16th century a third church was built, cruciform in shape. The ornate belfry was added in 1610 the Burgerhuis Bell. The church was deemed too elaborate and was demolished in 1780, being replaced again. The ruins of that church are visible today. The church remained in use until 1853 when it was replaced by the current church at a slightly changed site further down the Clachan.

Sunday 9:45 am and 11.45 am depending on year. 2 years at a time alternating with the other 2 linked churches – Craigrownie Church and Garelochhead Church

Open by arrangement with keyholder 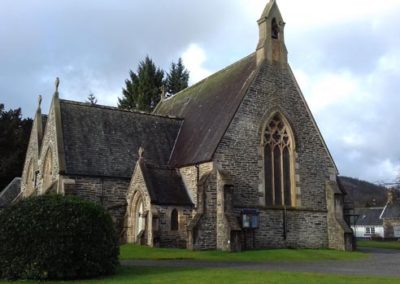 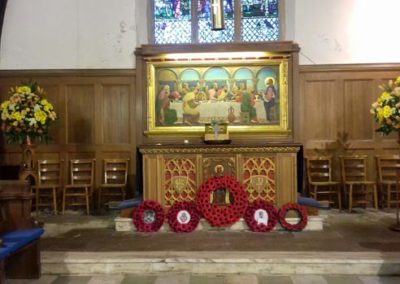