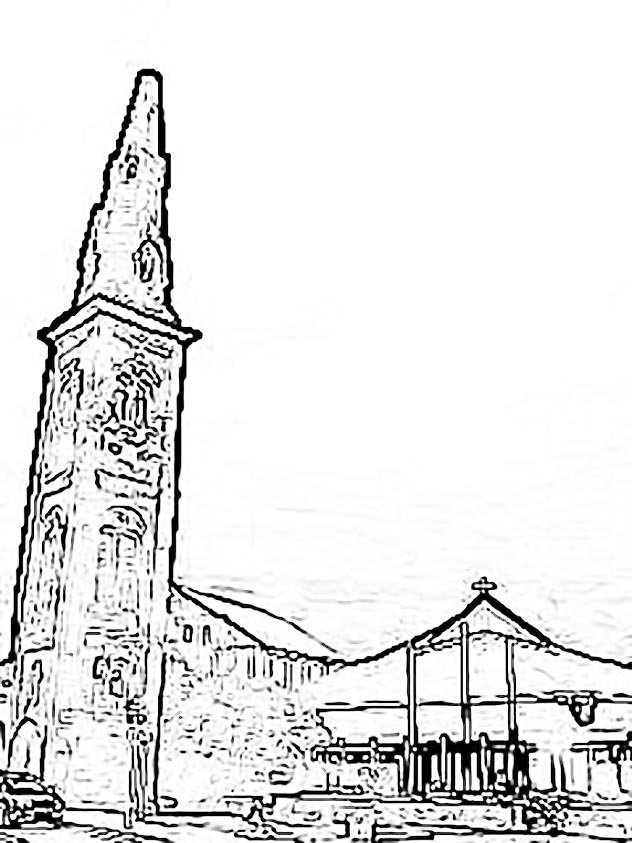 St Andrew’s Roman Catholic Cathedral, built in 1813, stood on this site until it was totally destroyed by fire in 1961. A new church was built 1963-5over the cathedral crypt. Built to a modern design by Sutherland and Dickie using steel and concrete, the use of Locharbriggs red sandstone gives the outside a pleasing warm appearance.

The interior of the church was reordered in 1999. The wrought iron of the screen and furnishings depict crosses of St Andrew and the sweep of the hills of Galloway. The hangings behind the Altar depict the History of Salvation. The left panel begins at the top with the Trinity and the birth of Christ. The centre panel depicts the crucifixion and the gift of the Eucharist. The right panel shows resurrection, the empty tomb, the coming of the Spirit and the growth of the early Church in the fish symbol (ichthus). The lines hint at the hills of Galloway (and Galilee); they become the thorns of the Passion and then the new shoots of the early Church faith. Some of the symbols also remind us of St Andrew’s cross. 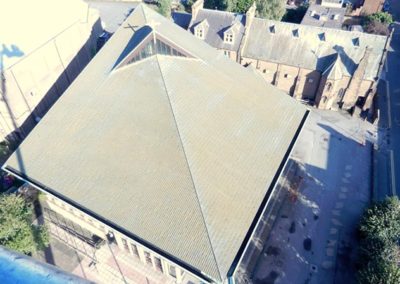 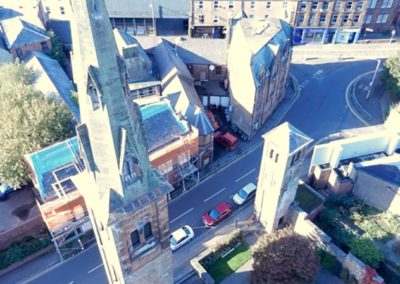 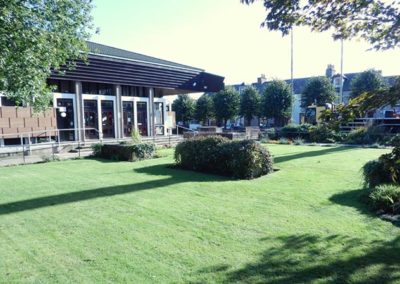 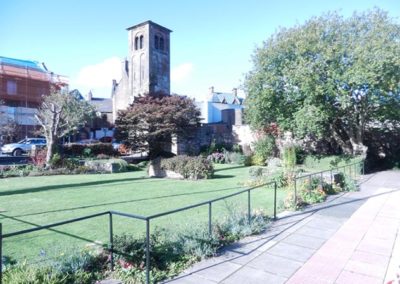