The date when the church was built is unknown, and early references to it are scanty, as it was evidently included under the mother-church of Dunbar – itself a survivor of the administrative system which preceded the reorganisation under Norman and Roman influence. Possibly, Spott began as a little chapel-of- rest for either those on the ‘Herring Trail’, or the many thousands of pilgrims on their way to Iona, or the Holy Land, to drink at St. John’s Well – a holy well about 200 yards north-west of the church. The title ‘St John’ is linked to St John of Beverley, in Yorkshire – probably through the link with Coldingham Abbey, who also revered this saint. Spott may also be linked to the Templar Order which was known to have owned lands in Dunbar, and Spott, and whose Knights may have arrived with Edward I’s army at the 1296 Battle of Dunbar, which was fought in, and around, Spott. The well was also, at one time, tapped by Dunbar Town Council to provide fresh water. When Dunbar Church was made collegiate in 1342, Spott was listed as one of its seven “chapelries”. This arrangement appears to have lasted until 1501, when a Papal Bull of Pope Alexander VI transferred these subsidiary churches to the newly collegiate Chapel Royal at Stirling. Spott was later raised to the status of “Parish Church”.The current church could have been built upon an old Saxon medieval site. Naturally, the fabric of the church has changed significantly over the years. The original old ‘chapelry’ is the east-west construction, dominated by the oaken pulpit, which is a fine example of Jacobean woodcarving. The extension to the north was added post-Reformation during the reign of Charles II, to seat the increased congregation. 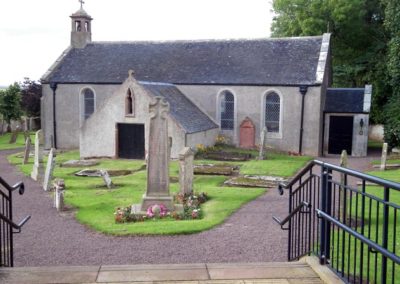 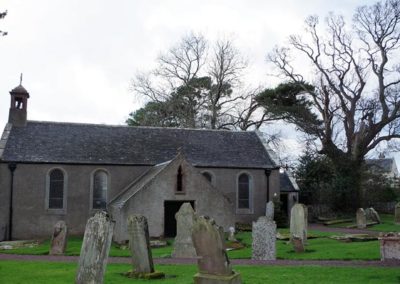