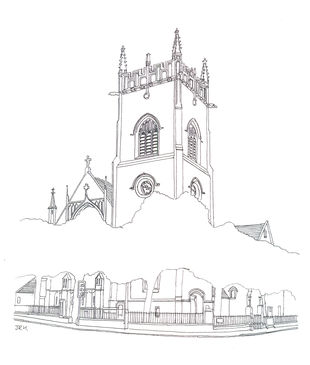 Splendid example of late 19th- and early 20th-century architecture by Sydney Mitchell and Wilson 1901, with the tower by James Jerdan & Sons 1913. The architecture shows pre-Reformation influences, including stone carvings of the face of Mary, the Mother of Christ, and several ‘green men’. Marble chancel augmented by one of the finest pulpits in the country, sculpted by William Beveridge in 1903. Ascension window at the east end of the chancel by Clayton & Bell. Pipe organ by Forster & Andrews 1903.

Sunday: 11.00am; and other services as advertised