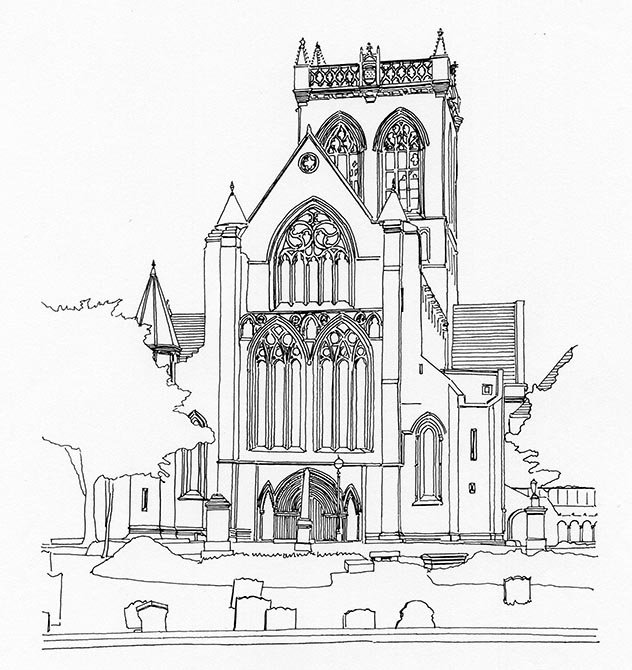 Once the greatest abbey in the west of Scotland, Paisley abbey was founded in 1163 when thirteen monks came from Much Wenlock in Shropshire. The monks set up the priory on the site of an old Celtic church founded by St Mirin in the 6th century. Much of the original building was destroyed by the English in 1307 and the Abbey was rebuilt during the 15th century. There were 19th century restorations by James Salmon and Robert Rowand Anderson and restoration of the choir by Peter MacGregor Chalmers and Robert Lorimer in the early 20th-century. The restorations were respectful and left much of the medieval architecture in the nave. The Abbey holds the 10th-century Barochan Cross and the royal tombs of Marjory Bruce (daughter of Robert the Bruce) and King Robert III. Exceptionally fine woodwork including organ case by Lorimer, stained glass by Burne-Jones and others. Organ by Cavaille-Coll 1872, rebuilt Walker 1968. 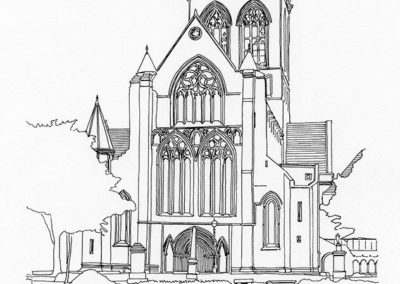