Our Lady of the Assumption & St Meddan, Troon

One of the best churches of the latter days of the Gothic Revival; it was built in 1910. The design for this church by Reginald Fairlie takes inspiration from a number of sources including the Church of the Holy Rude in Stirling; a similar sense of monumentality, akin to that of Norman architecture, can be found in both churches. Bold detailing, monumental character and simplicity of design. Nave with buttresses between the windows and a powerful tower at the west end with attached stair tower topped with a delightful crown spire with finials.

Calm interior with stone walls. Open timber roof with carved angels. Stone, marble and mosaic reredos. Linen-fold carved detail to pulpit. The building of both the church and presbytery was funded by a sum of money left to Troon’s Roman Catholic community by John Patrick Crichton-Stuart, 4th Marquess of Bute. 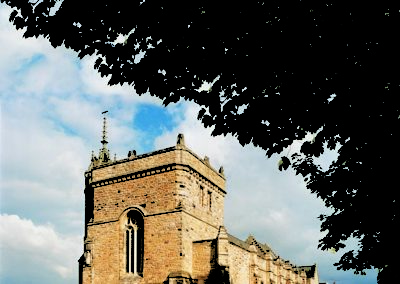 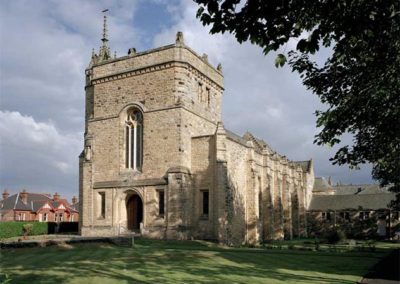 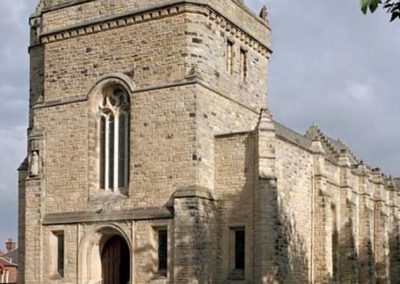 Our Lady of the Assumption & St Meddan, Troon