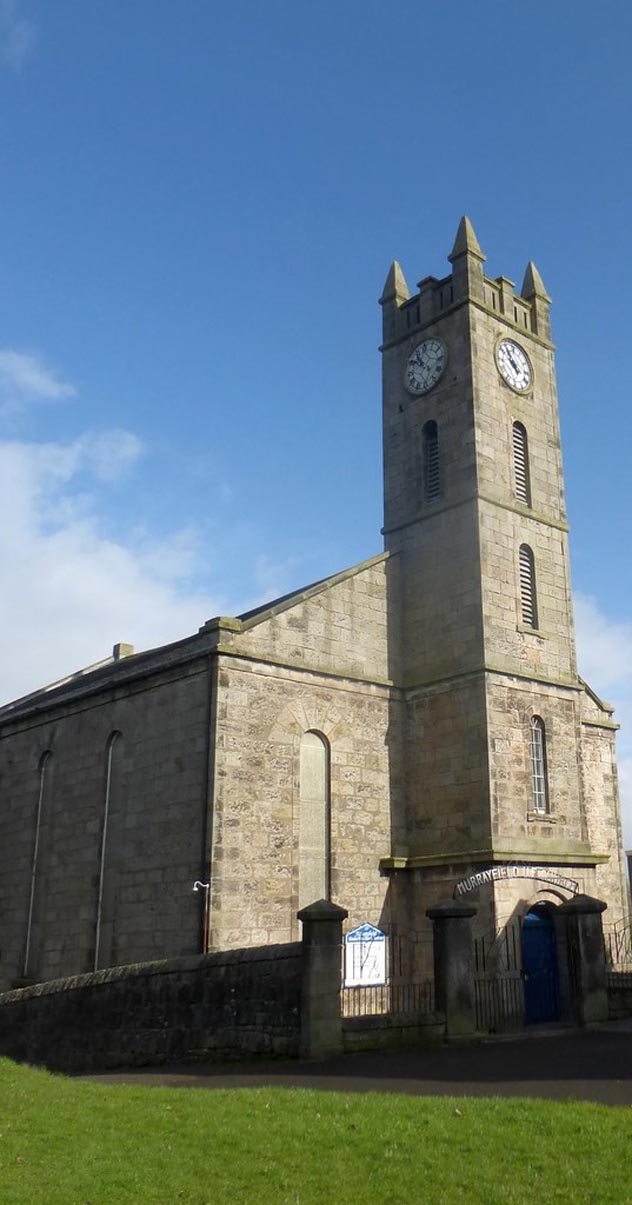 The church building as it stands today was completed in 1853 with a tower being raised and a bell and clocks being put in. In 1900 the church became part of the United Free Church of Scotland, and at the Union of 1929 it became part of the Church of Scotland as Ladywell Church. During World War II military personnel were billeted in the church hall, and a fire broke out in the church. In September 1941 the church was re-opened. New housing developments in Bannockburn led to the Ladywell congregation leaving their building and becoming a church extension charge in the Hillpark housing scheme. A neighbouring congregation, Murrayfield United Free Church, who were short of hall accommodation in their own building, then took over the Ladywell building in 1958 and have worshipped in it ever since. The interior has been renovated to produce a more open chancel area, there is a gallery on three sides, and the baptismal font is also a memorial to those who died in World War II. (see also history on website https://www.murrayfieldufchurch.org/history). Unless the Lord builds the House, its builders will have toiled in vain. 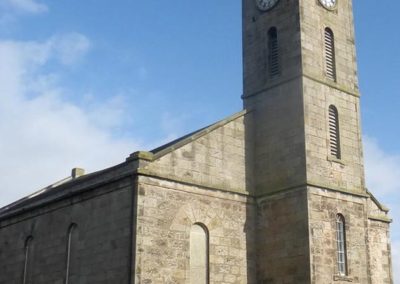 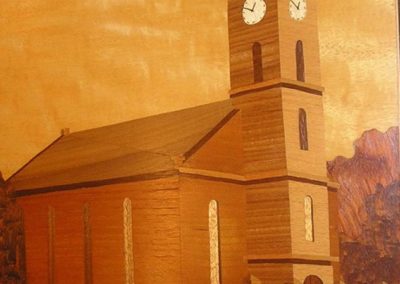 A successful application to SCT is often regarded favourably by other funders. Contact us for a list of potential funders.