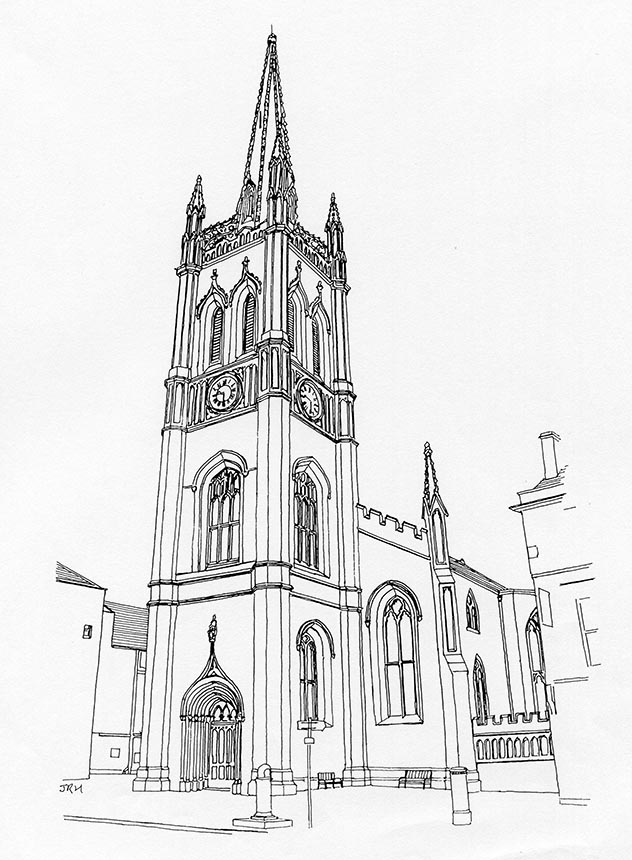 A church has stood on this site for many centuries, and the present structure developed in stages. The present nave built against an existing tower in 1791. The architect, David Logan, provided seating for at least 2,500 in a structure measuring 98 by 65 feet. In 1831 the old tower was removed, and on 1st August 1832 a new tower was founded. Designed by J Gillespie Graham, the builder was William Smith of Montrose and with the help of £3,000 raised by inhabitants, heritors and burgh funds, the new tower was finished in 1834. The tower measures 108 feet to the parapet and the spire extends 92 feet above that. The interior has two-tiered horseshoe galleries on three sides. A timber, panelled, octagonal pulpit with sounding board on a balustraded podium is in the south apse. One bell is by Peter Ostens and is dated 1678, and three are by Thomas Mears of London, two of which are dated 1801 and 1836 respectively. 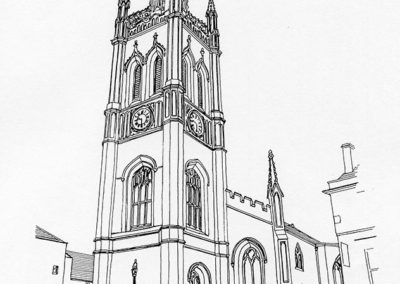 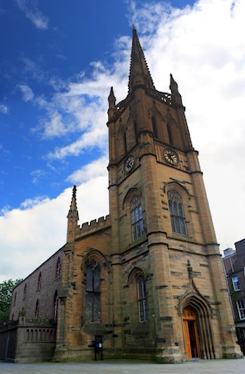