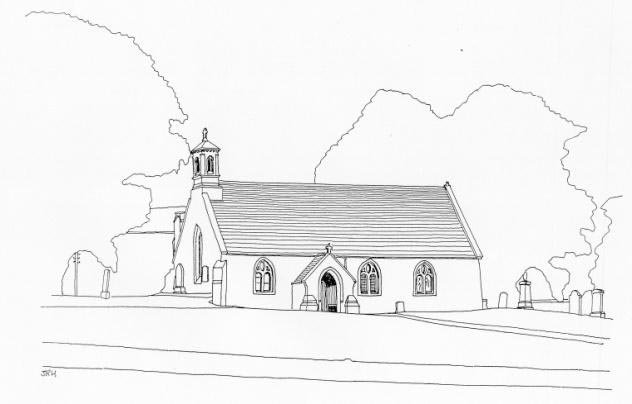 Located on the site of a 12th century church on a mound overlooking the Lyne Water, Lyne Kirk is a relatively unaltered 17th century church in an idyllic setting. The present church was built between 1640 and 1645 by John Hay of Yester (later 1st Earl of Tweeddale). Apart from the porch, added in the 19th century, the church retains its 17th century layout and interior. Of particular interest are the Dutch pulpit and canopied pews dated 1644. Pre-Reformation font. The earliest stone in the graveyard is dated 1707; the Adam and Eve stone, depicting the temptation by the serpent and dated 1712, is uncommon. Roman fort of Lyne immediately to the west. 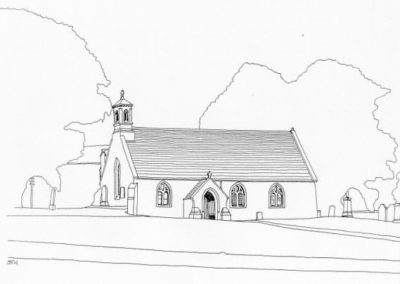