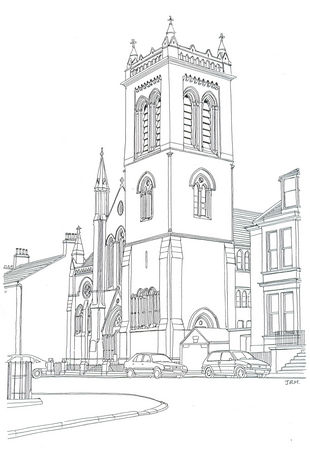 Built as Trinity United Presbyterian Church, 1871, and designed by John Starforth in Gothic style with a square tower. Became St Andrews in 1967 when united with St Andrews, and became Ardgowan in 1992 when united with Union Church. Galleried interior refurbished in 2002 after the ceiling collapsed.

Sunday: 11.00am in monthly rotation with Newark Street and Esplanade.