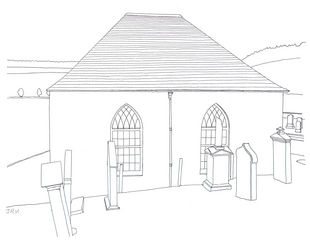 Even from the main road it is obvious that the kirk and kirkyard are out of the ordinary. The church stands adjacent to a circular enclosure of considerable antiquity containing the ruins of the former church, St Bride’s, and a notable collection of tombstones from the 16th century onwards. The church itself is a handsome rectangular building of 1805 with a bow front containing staircase and bellcote; high piended roof; two large gothic windows on east wall with pulpit placed between; rubble-built with pinnings and cherry cocking, ashlar at bellcote. The interior is flooded with light from two Gothic windows either side of the pulpit. Horseshoe gallery on square columns and plain wooden pews. The furnishings probably date from 1845-50. Church acquired by Historic Churches Scotland in 2009. 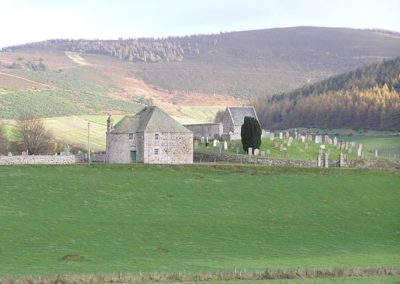 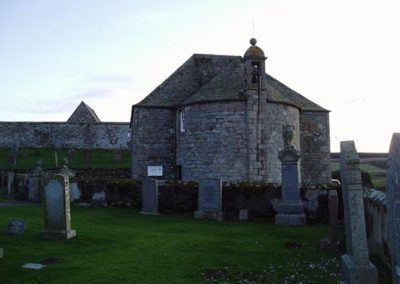 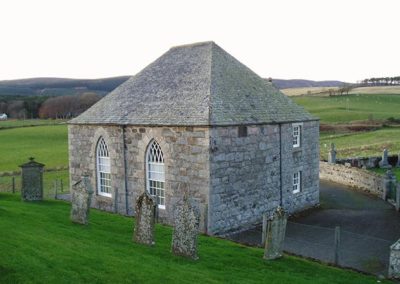 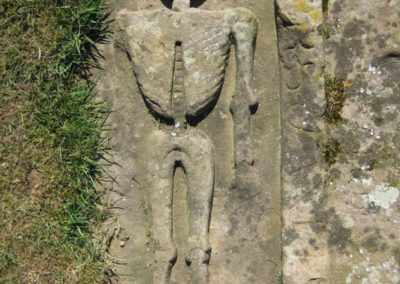