The first post-Reformation church in Edinburgh, completed in 1620, with alterations in 1722, 1858, 1938, 1990 and 2004. The church was built in the grounds of the former Franciscan Friary (dissolved in 1559 at the Reformation). The building was used as a barracks by Cromwell’s troops 1650-53; gunpowder stored in the tower exploded in May 1718, destroying the tower and damaging the 2 W bays; a fire in January 1845 gutted part of the building, the damaged stones can still be seen. Fine 19th-century coloured glass by Ballantine. Magnificent Peter Collins organ of 1990. Historic kirkyard, with views to Edinburgh Castle, has exceptional examples of 17th century monuments, the Martyrs’ Monument, Covenanters’ Prison and Memorial to Greyfriars Bobby. Greyfriar’s Bobby was a loyal Skye Terrier who remained by his master’s grave for fourteen years. The National Covenant signed here in 1638; a document, a contract with God, signed by the Nobles, Ministers and thousands of ordinary Scots, who pledged themselves to defend Scotland’s rights and Presbyterian religion. Rev Lee added the first post reformation stained glass windows in 1845 along with an organ, liturgical worship and hymn singing. A Peter Collins organ was installed in 1990. 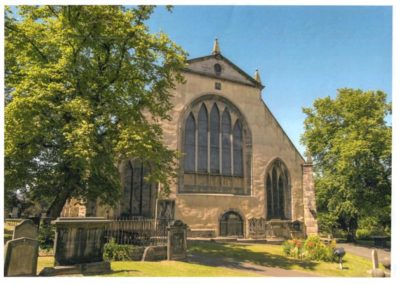 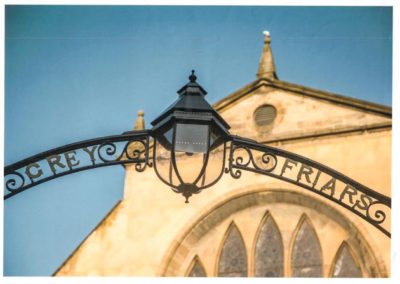 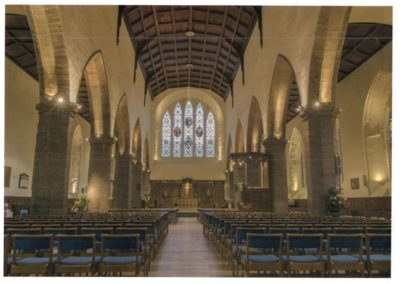