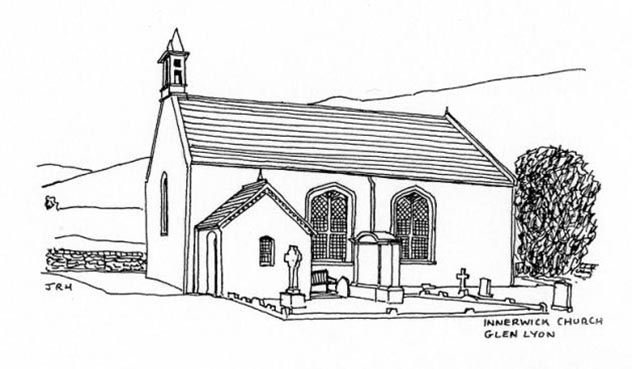 Glenlyon has many connections with St Adomnan, including his cross at Craigiainie where he is said to have stopped the plague and he might have founded a monastery beside the ancient Yew at Fortingall. Local legend says that Adomnan was buried a few miles to the east at the Abbey of Dull. The present church at Innerwick was built in 1828 on the site of an earlier church. It was built to a design by William Thomson which had been made for Telford’s Parliamentary church-building programme. This church was constructed for the local landowner, rather than for the Government. The porch was added in 1898. The church is harled on the outside, and has plaster and wood panelling inside. There is an oak screen of 1965, topped with a small cross, at the rear, separating the vestibule from the body of the kirk. 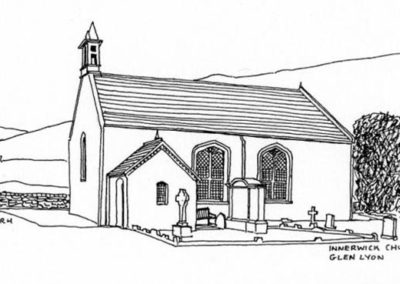