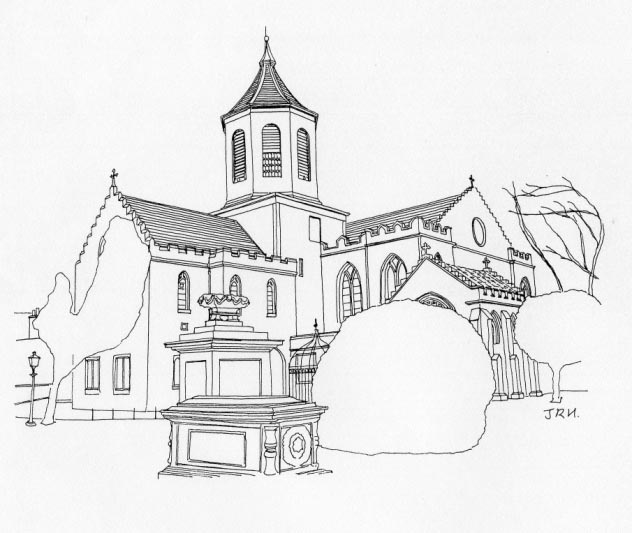 There has been a Christian church on this site for 1200 years; local legend links the earliest foundation with the Celtic St Modan in the 6th century. The body of the church dates from 1811, although 12th-century pillars remain in the vestibule and the gable marks of the earlier nave and chancel are visible. The bell-tower above the crossing was built in 1738 by William Adam and houses 13 bells. Twelfth-century sanctuary cross. Two stained glass windows by Christopher Whall, others by Ballantine & Allen. Major refurbishment in the 1960s and again in 2008/9. 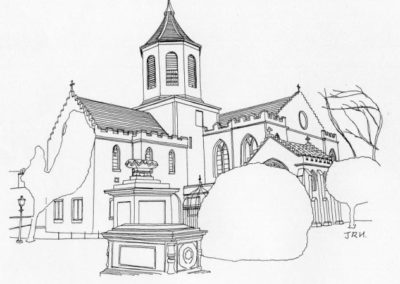