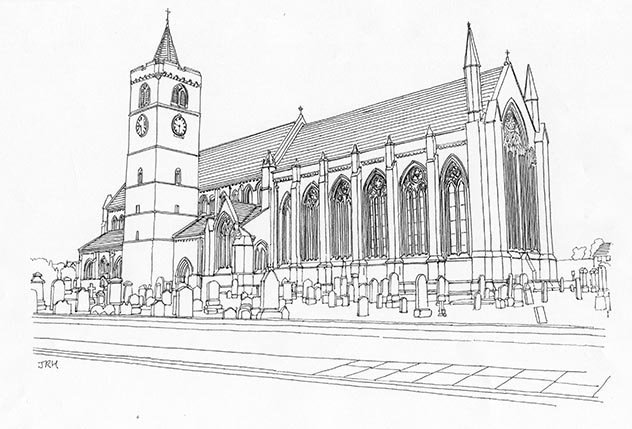 One of Scotland’s noblest medieval churches, it stands on a site above the Allan Water that has been sacred for well over one thousand years. There has probably been a religious centre on this site since at least the 9th century. when Dunblane (the Fort of Blane) was founded by monks who brought the relics of St Blane to this place of safety in the time of the Viking raids. The lower part of the tower is Romanesque, but the larger part of the building is of the 13th century. Six late 15th-century choir stalls survive. The Cathedral was restored by Sir Robert Rowand Anderson between 1889 and 1893. The screen, pulpit, lectern and font are by Anderson. A later restoration between 1912 and 1914 was carried out by Sir Robert Lorimer The choir stalls and organ case are by Lorimer. Important ensemble of stained glass by Clayton & Bell, Gordon Webster, Douglas Strachan, C E Kempe and six magnificent choir windows by Louis Davis. Memorial to the victims of the 1996 Dunblane Massacre in the south aisle. 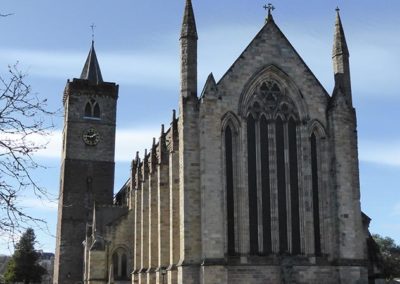 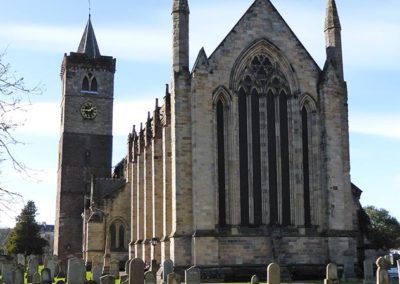 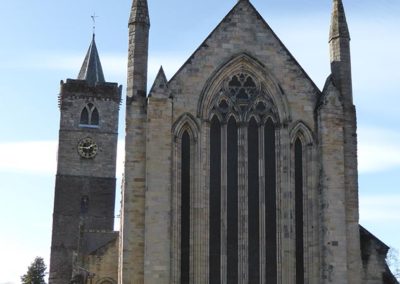 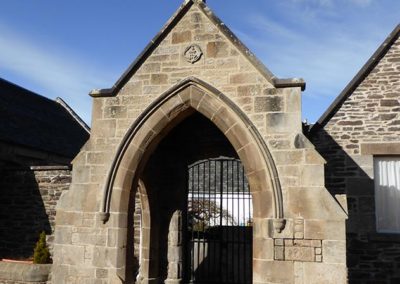 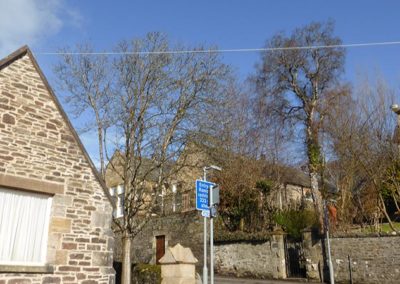 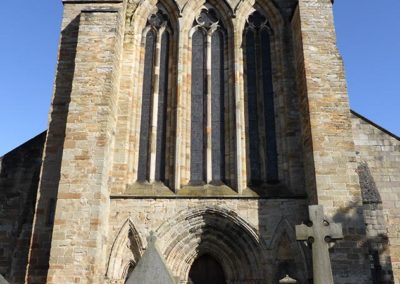 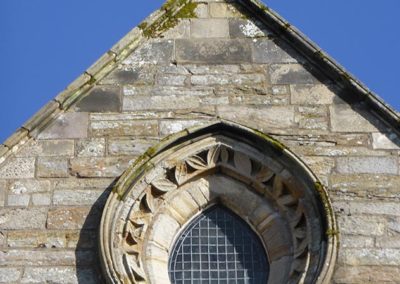 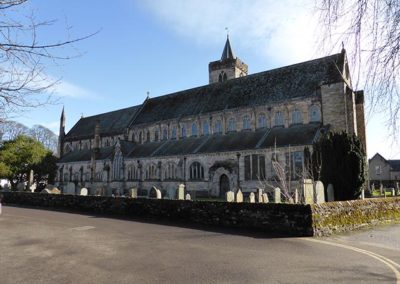 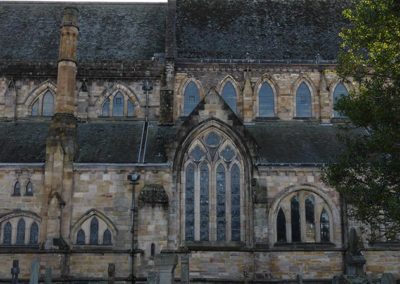 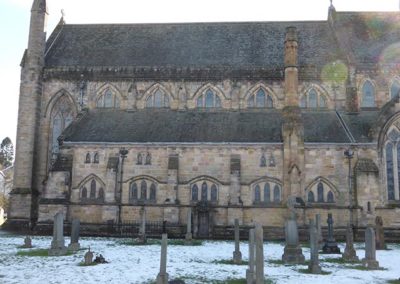 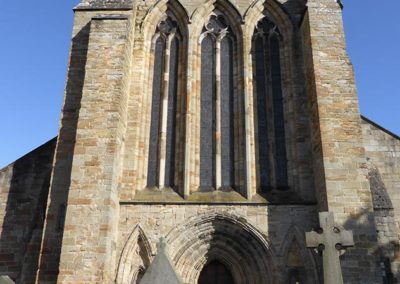 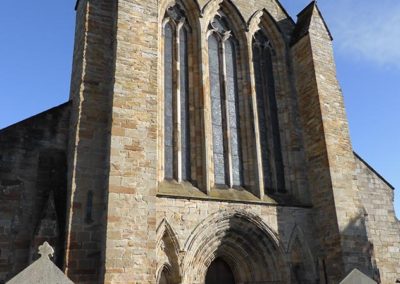 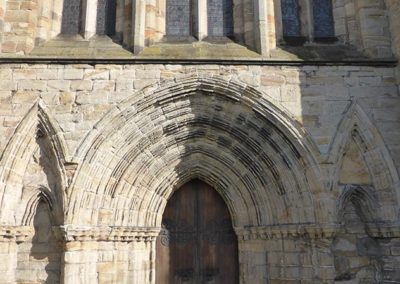 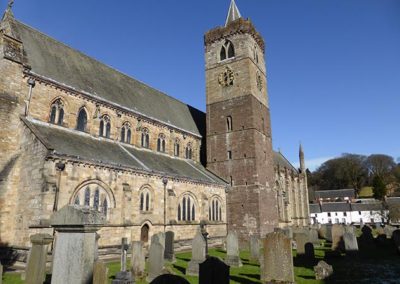 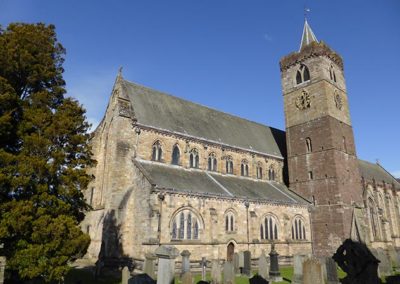 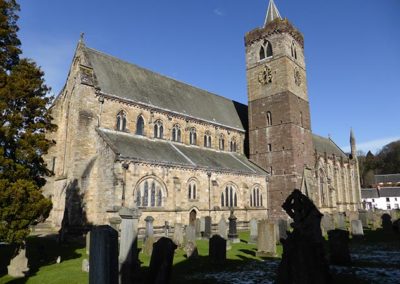 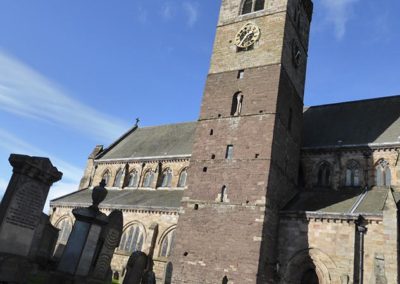 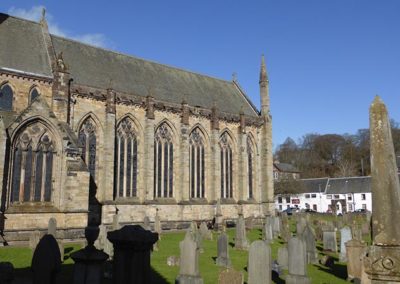 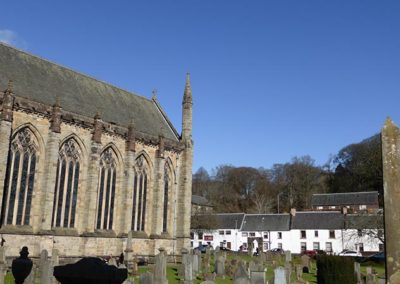 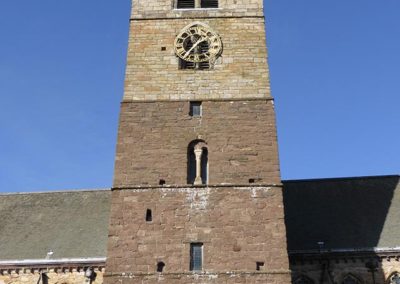 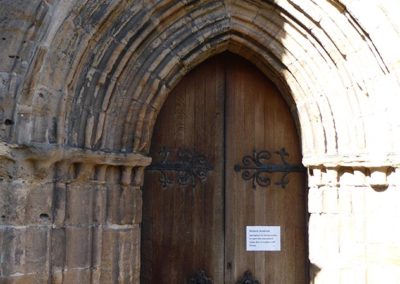 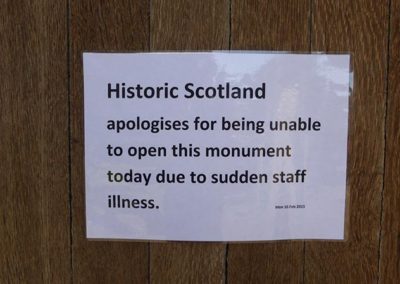 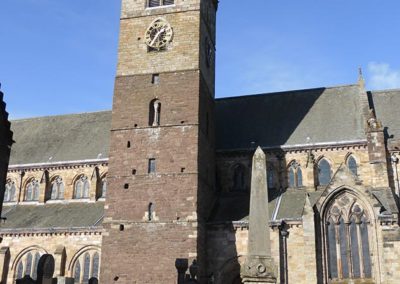 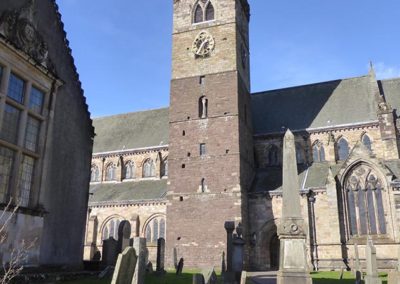 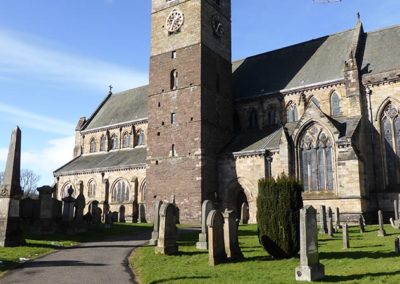 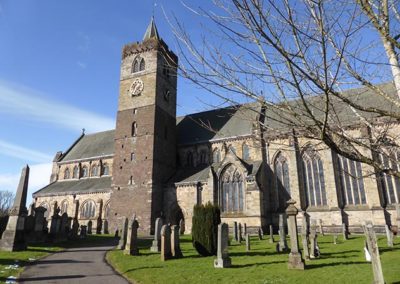 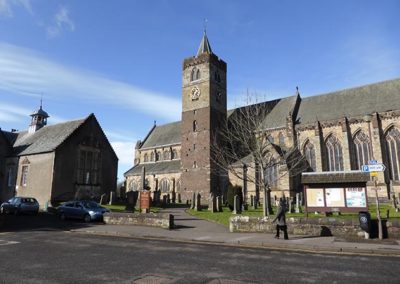 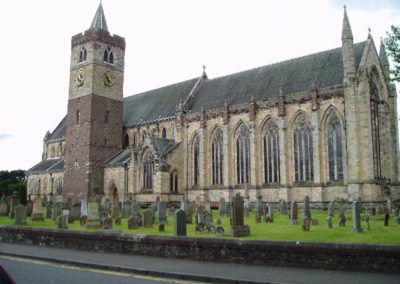