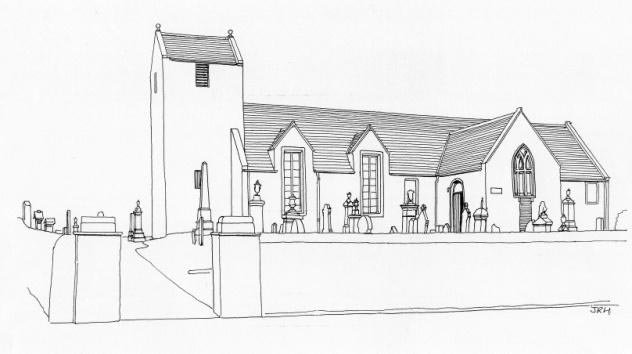 Most northerly place of worship on the Scottish mainland, the site was occupied by the Chapel of St Drostan, who headed a mission to Pictland in the 6th century. The present cruciform church is largely 17th century, but the nave incorporates walling from the medieval church and a worn 17th-century monument flanked by pairs of Corinthian pilasters. The tower at the west end was added in 1704. The John de Groat stone of 1568 stands in the vestibule. 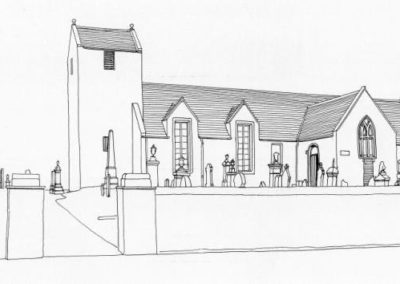