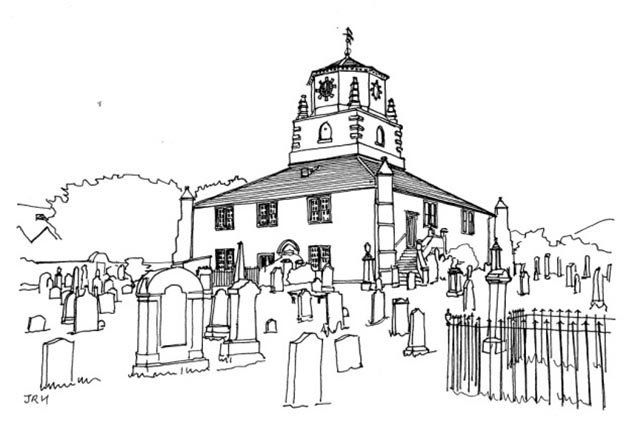 A remarkable church, one of the first churches built in Scotland after the Reformation, building started in 1592 and was completed in 1596. The General Assembly of the Church of Scotland met in Burntisland in May 1601 in the presence of James VI when a new translation of the Bible was approved; this was eventually published as the King James Bible. The architecture reflects the changes in the church following the Reformation of 1560. The church is built on a square plan unique in Scotland with people sitting on all four sides of the church, with the pulpit and communion table in the centre. The main structure is supported by four vast stone columns which support the central square tower with an octagonal top. The galleries were added in the early 17th century. The interior of the church is decorated with painted woodwork and an ornate plaster ceiling. The church contains many memorabilia relating to the sea including a suspended model of James IV’s great warship, the Great Michael. 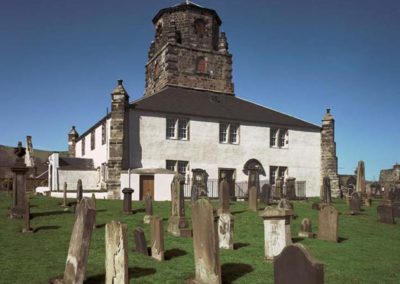 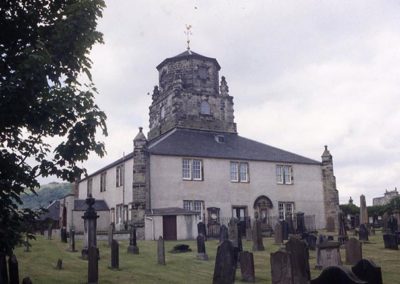 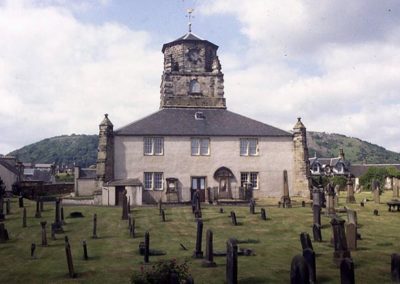