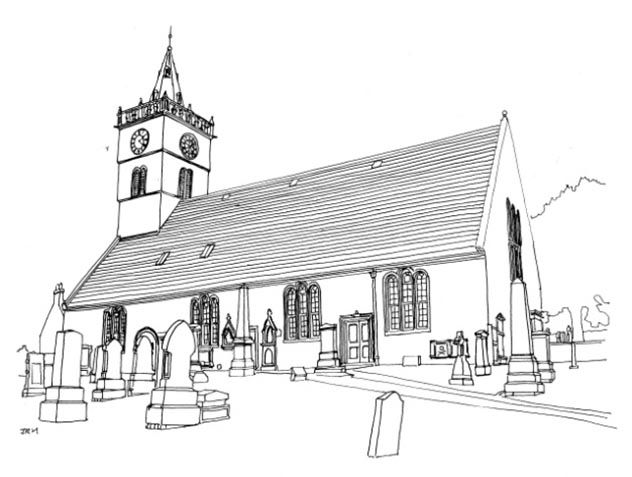 James Melville (brother of Andrew, the leading Covenanter) inspired the purchase of land in 1590 for a new church, but he was exiled by James VI and the church was not built until 1634 and the tower 1644. The church has been altered several times over the centuries; on the outside south wall you can see three blocked up doors dated; 1634, 1834 and 1934. The church with its round-headed windows and square tower was described in 1837 as ‘one of the most elegant country churches anywhere to be seen’. The interior was given its present orientation in 1834. Pulpit lectern and baptismal font of 1905. The communion table and chairs were brought from Chalmers Memorial Church in 1983. Organ by Taylor of Leicester, 1907. The interior was renovated in 2012. The graveyard has many memorials; one of the most interesting is on the south wall of the Church. It records the deaths of George Dairsie and his wife Tetua Ireiaiteraiatea, Princess Titaua Marama of Tahiti, Chiefess of Haapiti. Anstruther is the birthplace of Thomas Chalmers. In September 2017 Anstruther Church and Cellardyke Church united.
We are now called: St Ayle Church of Scotland in Anstruther and Cellardyke. Linked with Kilrenny. All 3 buildings continue to be used.The name of St Ayle was chosen as there was a chapel dedicated to St Ayle which fell into disrepair and closed in the year John Knox preached there! 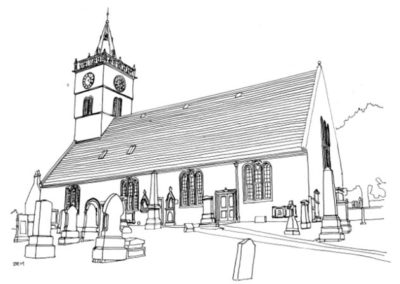